LifeMOT cic, Falmouth-based health and wellness company has appointed Andy Coote to their Board in an active capacity. He will work with fellow Directors Amanda Hudson and Robert Rush to develop the business offer of the company and to co-deliver some business coaching and community-based workshops. He will also be involved in Marketing the company and bidding for suitable contracts. 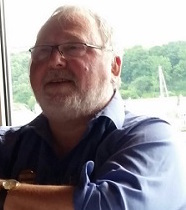 Andy has had a varied career in business management, working as a Business Analyst for B&Q plc in the 1980s and as a Merchandise Controller for Texas Homecare Ltd later in that decade. He has sold software, managed electronic communications for businesses and developed partnerships for clients with their customers and suppliers. Since 2002, after completing his Post Graduate Diploma in Professional Writing at Falmouth University, Andy has been writing for businesses and communities under the business name of Bizwords, initially in Hampshire and, since 2005, in Penryn, Cornwall. He was co-author of the 2006 book, A Friend in Every City, about networking in the digital age.

A Neuro-Linguistic Programming (NLP) Practitioner since 2005, Andy writes for Rapport Magazine, the magazine of the NLP Professional, where he interviews leading figures in the NLP Community. He is on the organising committee for the NLP Conference in London and the associated NLP Awards.

Locally, Andy can be heard on SourceFM, community radio for Falmouth and Penryn and is about to rejoin the board. SourceFM is another Community Interest Company.

Amanda Hudson welcomed Andy’s arrival. “I’ve known Andy, through my work with his late wife Angela and directly for many years. I believe that he will add to the ability of LifeMOT to further enhance the purpose of providing a wide range of people with a new way of thinking and being.”

Robert Rush was Andy’s partner in the introduction of Ecademy networking to Cornwall, running events together from 2005 until 2008. “I know that Andy will be an asset to the business and I’m looking forward to seeing the results once he is fully involved.”

Andy welcomes the opportunity, “I’ve known LifeMOT from the outset and have played my part from the sidelines. I have been a regular attendee at LifeTalks events, a monthly knowledge and networking group, which Amanda has organised for the last 12 years. Now is the time to step forward and get fully involved, working with people I know and trust, to develop LifeMOT to achieve its potential in helping people from all parts of West Cornwall to do, be and have better outcomes in their lives.”